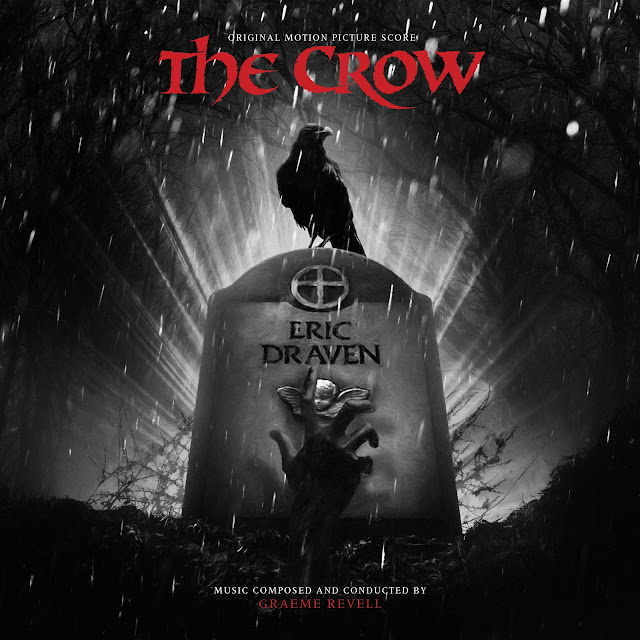 Varèse Sarabande is excited to announce the forthcoming vinyl release of the Original Motion Picture Score for The Crow: Deluxe Edition composed by Graeme Revell. Fans of the cult classic can pre-order the special vinyl edition today, July 15, ahead of its October 1 release. The bespoke package consists of a glossy wide-spine embossed jacket featuring original artwork, 2 black vinyl records housed in full-color inner sleeves with movie stills, new notes and interviews and a fold-out 16x24 movie poster. The soundtrack has been expanded by 14 tracks and 30 minutes of additional music including Revell’s end title song, “It Can’t Rain All the Time,” performed by Jane Siberry.  An exclusive version pressed on marbleized black, gray and white vinyl is limited to 500 copies and available only on the Varèse Sarabande website.
The Crow (1994) became famous before it was even released, due to the tragic death of star Brandon Lee in an on-set accident. Alex Proyas’ supernatural revenge thriller, based on a comic book, was met with critical and fan acclaim. It became a box-office hit and tribute to its fallen star, leading to a franchise of sequels and a television series.
The Crow features a masterful score by Graeme Revell (Dead Calm, The Hand That Rocks the Cradle). With a background in what is typically called “world music,” Revell radically reinvented the grammar of film scoring by incorporating the authentic sonorities of non-Western cultures far more extensively and adroitly than had ever been attempted.
Under Revell’s expert hand, the Crow score is a unique mélange of synthesized, industrial, vocal, non-Western and Western elements—with everything from tribal drumming to rock guitars, children’s choir, blues riffs and bird samples, to a 50-piece string orchestra. It is dramatically impeccable, sonically inspired and beautifully produced.
“The Crow established a style that has been mimicked countless times. My use of voice as lead instrument was highly unusual at the time. Now it is extremely common. The crossover between music and sound effects has become ubiquitous. No one in the production saw the relevance of chamber strings to the Crow story but I persevered and recorded them anyway—in 3/4 time for good measure! Time has proven such themes to be the emotional core of similar movies, even when the bulk of the plot is action oriented. In The Crow, heroism took no pleasure in retribution. Sadness always remained.” – Graeme Revell
ABOUT GRAEME REVELL
Graeme Revell was born in New Zealand in 1955. He graduated from The University of Auckland with degrees in economics and politics. He is a classically trained pianist and French horn player. Revell worked as a regional planner in Australia and Indonesia and as an orderly in an Australian psychiatric hospital. Graeme Revell was a member of SPK, a 70s Industrial music group, for which he played keyboards and percussion. Their single “In Flagrante Delicto” was the basis for his Dead Calm score. This was his first score and won him an Australian Film Industry award. Since then, he's done a number of major and minor film soundtracks including The Crow, The Crow: City Of Angels, The Craft, The Saint and Chinese Box.
PRE-ORDER: https://found.ee/thecrow-deluxe
ONLINE MEDIA KIT: https://mediakits.concord.com/p/the-crow-deluxe-edition/
TRAILER: https://www.youtube.com/watch?v=hK_uaPXfyvQ
TRACK LISTING
Side A –
1. Birth Of The Legend (6:21)
2. Absolution Accepted (2:28)
3. Resurrection (2:11)
4. Inertia (1:50)
5. The Crow Descends (2:33)
6. Remembrance (2:57)
Side B –
1. Rain Forever (2:36)
2. Shattered In The Head (0:46)
3. Her Eyes…So Innocent (2:47)
4. Tracking The Prey (3:37)
5. Elegy (0:34)
6. The Tides Of Sin (2:09)
7. Pain And Retribution (2:36)
8. Angels All Fire (1:18)
9. Believe In Angels (3:34)
Side C –
1. Captive Child (2:36)
2. Devil’s Night (2:32)
3. Innocent Lovers (2:16)
4. On Hallowed Ground (2:44)
5. Inferno (5:05)
6. Irony (1:16)
7. Legacy Of Brutality (1:52)
8. Watching You Forever... (2:30)
Side D –
1. Angel From Hell (4:07)
2. Praying For Rain (0:49)
3. Return To Grave (3:48)
4. Last Rites (3:56)
5. Destroy Myself (1:48)
6. End Titles: It Can’t Rain All The Time – Performed by Jane Siberry (4:06)
Varèse Sarabande Vinilo 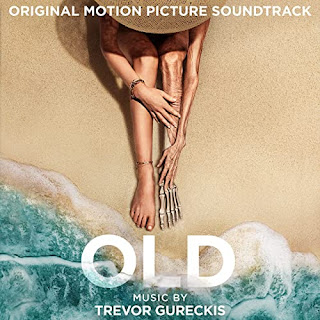 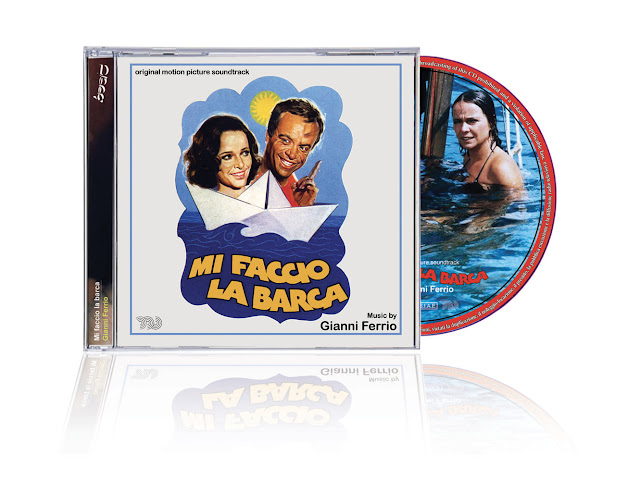