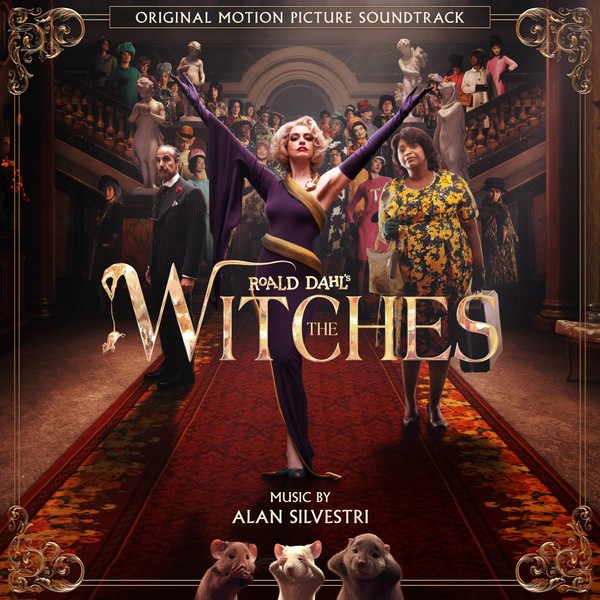 Audiences across the world can now begin to celebrate Halloween with the release of Warner Bros. Pictures and Robert Zemeckis’s diabolically and wicked reimagining of “Roald Dahl’s The Witches,” which airs exclusively on HBO Max in the U.S. and hits theatres around the world beginning October 28.
WaterTower Music is pleased to announce today’s release of the soundtrack to the film. The Witches (Original Motion Picture Soundtrack) features music from acclaimed, Grammy Award-winning, Oscar-nominated composer Alan Silvestri (Polar Express, Forrest Gump), who has blazed an innovative trail with his exciting and melodic scores, winning the applause of Hollywood and movie audiences the world over.
The Witches (Original Motion Picture Soundtrack) is now available digitally, and the track list, with new music by Alan Silvestri, is as follows:
ABOUT “ROALD DAHL’S THE WITCHES”
Reimagining Dahl’s beloved story for a modern audience, Robert Zemeckis’s visually innovative film tells the darkly humorous and heartwarming tale of a young orphaned boy who, in late 1967, goes to live with his loving Grandma in the rural Alabama town of Demopolis.  As the boy and his grandmother encounter some deceptively glamorous but thoroughly diabolical witches, she wisely whisks our young hero away to an opulent seaside resort.  Regrettably, they arrive at precisely the same time that the world’s Grand High Witch has gathered her fellow cronies from around the globe—undercover—to carry out her nefarious plans. The film stars Oscar winners Anne Hathaway (“Les Misérable,” “Ocean’s 8”) and Octavia Spencer (“The Help,” “The Shape of Water”), Oscar nominee Stanley Tucci (“The Hunger Games” films, “The Lovely Bones”), with Kristin Chenoweth (TV’s “Glee” and “BoJack Horseman”) and award-winning comedy legend Chris Rock.  Newcomer Jahzir Kadeem Bruno (TV’s “Atlanta”) also stars, alongside Codie-Lei Eastick (“Holmes & Watson”). Based on the book by Roald Dahl, the screenplay is by Robert Zemeckis & Kenya Barris (TV’s “black-ish,” “Shaft”) and Oscar winner Guillermo del Toro (“The Shape of Water”).  Zemeckis is also producing, alongside Jack Rapke, del Toro, Alfonso Cuarón and Luke Kelly.  hbomax.com/the-witches TheWitchesMovie.net Instagram: @WitchesMovie Twitter: @HBOMax, @WBPictures Facebook: @HBOMax, @WarnerBrosPictures
ABOUT THE WITCHES
With 300 million books sold and one new book sold every 2.5 seconds, Roald Dahl stories continue to grow in popularity. The Witches is one of Roald Dahl’s most beloved titles, now translated into over 41 different languages worldwide. Published over 30 years ago, its themes of kindness, bravery and hope remain as relevant to young people as ever.
ABOUT ALAN SILVESTRI
In his decades-long career as a composer, and a credit list of over 100 films Alan Silvestri has composed some of the most recognizable and beloved themes in movie history. His efforts have been recognized with two Oscar nominations, two Golden Globe nominations, three Grammy awards, two Emmy awards, and numerous International Film Music Critics Awards, Saturn Awards, and Hollywood Music In Media Awards.

The 1970s established Silvestri as the action rhythmatist for TV's highway patrol hit "CHiPs," which caught the ear of a young filmmaker named Robert Zemeckis, whose hit film, 1984's "Romancing the Stone," was the perfect first date for the composer and director, and became the basis of a decades long collaboration that continues to this day. Their numerous collaborations have taken them through fascinating landscapes and stylistic variations, from the "Back to the Future" trilogy to the jazzy world of Toontown in "Who Framed Roger Rabbit?" the tension filled rooms of "What Lies Beneath" and "Death Becomes Her", to the cosmic wonder of "Contact;" the emotional isolation of "Castaway", to the magic of the "Polar Express". But perhaps no film collaboration defines their creative relationship better than Zemeckis' 1994 Best Picture winner, "Forrest Gump", for which Silvestri's gift for melodically beautiful themes earned him an Oscar and Golden Globe nomination and the affection of film music lovers everywhere. This 35-year, 21 film collaboration includes such recent films as "Flight", "Allied" and most recently "Welcome To Marwen".
Though his collaboration with Zemeckis is legendary, Silvestri has scored films of every style and genre. He has brought excitement and emotion to the hard-hitting orchestral scores for Steven Spielberg's "Ready Player One", James Cameron's "The Abyss" as well as "Predator" and "The Mummy Returns." His diversity is on full display in family entertainment films such as "The Father of the Bride 1 and 2", "Parent Trap", "Stuart Little 1 and 2", "Lilo and Stitch", "The Croods," "Night at the Museum 1, 2 and 3" while his passion for melody fuels the romantic emotion of films like "The Bodyguard" and "What Women Want".

Most recently, Alan has composed the music for Marvel's "Avengers: Endgame." The film is the culmination of a partnership with Marvel that began in 2011 with Alan's dynamically heroic score for "Captain America: The First Avenger" followed by "Avengers". Since 2011 Alan's collaboration with Marvel helped propel "The Avengers" and "Avengers: Infinity War" to spectacular world-wide success.
Silvestri's has also achieved songwriting success. His partnership with six-time Grammy Award winner Glen Ballard has produced hits such as the Grammy-winning and Oscar-nominated "Believe" (Josh Groban) for "The Polar Express", "Butterfly Fly Away" (Miley Cyrus) for "Hannah Montana The Movie", "God Bless Us Everyone" (Andrea Bocelli) for "A Christmas Carol" and "A Hero Comes Home" (Idina Menzel) for "Beowulf".
ABOUT WATERTOWER MUSIC
WaterTower Music, the in-house label for the WarnerMedia companies, releases recorded music as rich and diverse as the companies themselves. It has been the soundtrack home to many of the world’s most iconic films, television shows and games since 2001. 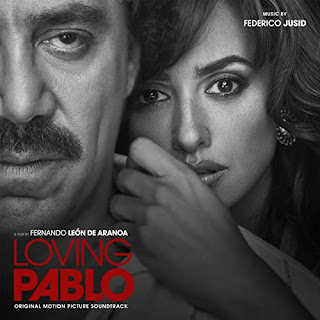 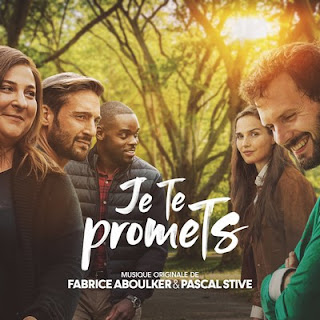 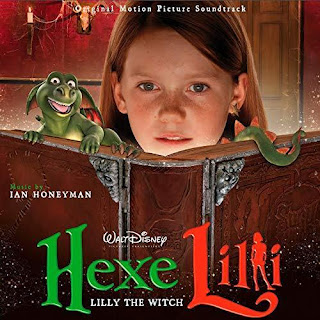