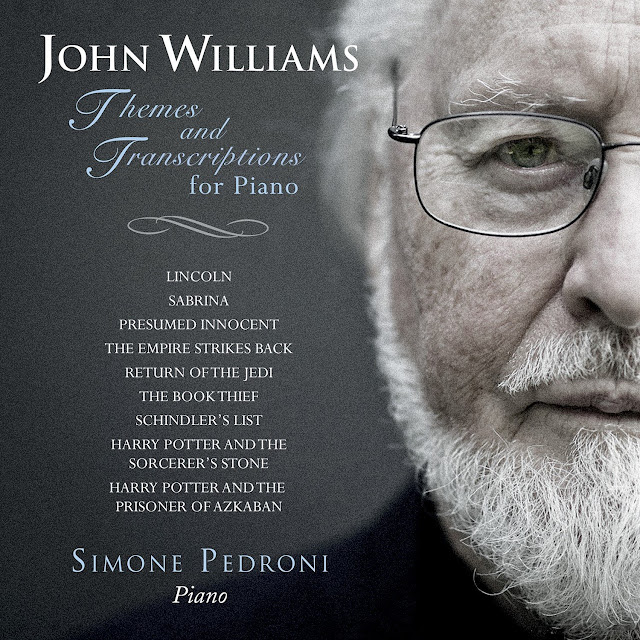 Varèse Sarabande will release the JOHN WILLIAMS: THEMES AND TRANSCRIPTIONS FOR PIANO digitally and on CD July 7. The album features the original music composed by John Williams from classic films like LINCOLN, THE EMPIRE STRIKES BACK, SCHINDLER’s LIST and HARRY POTTER, among others. All pieces were specialty recorded for this release and performed by acclaimed classical pianist Simone Pedroni.
“This recording will take you on a wondrous journey through the music of a composer who, at the age of 85, manages to keep intact within himself a sort of spiritual amazement, disarming innocence and genuine humility, “ said Pedroni. “Williams is the master of the unsaid, or if you prefer, of the unspoken.”
“This is a unique album amongst John Williams’ vast discography,” said Varèse Sarabande Producer Robert Townson. “Simone Pedroni is a brilliant pianist. A classical artist who grew up listing to great film music and the scores of John Williams, alongside his studies of Bach and Rachmaninoff. He represents a new generation of classical artists. In the additional transcriptions Simone created for this album, he used his own considerable artistry in order to most accurately translate these beautifully orchestrated film music classics for solo piano.”
The music of John Williams is celebrated all over the world.  He is an American treasure and an international icon.  Williams has long-since attained rock-star status, demonstrated by his annual sell-out of multiple consecutive nights at the Hollywood Bowl or Boston’s Tanglewood. His list of blockbusters is endless, from the films of Steven Spielberg and George Lucas, to Home Alone and the Harry Potterfranchise.  Everyone grew up with John’s music and we all join this year in celebrating his 85th birthday.
Simone Pedroni was born in Novara, Italy. He graduated from Milan’s Giuseppe Verdi Conservatory in 1990 and in 1995 he took his Masters Degree at Accademia Pianistica “Incontri col Maestro” in Imola-Italy, where he studied with Lazar Berman, Franco Scala and Piero Rattalino. His international engagements have included the Royal Philharmonic Orchestra with Sir Yehudi Menuhin, the Moscow Virtuosi with Vladimir Spivakov, the Orchestra of Maggio Musicale — Florence with Zubin Mehta, the RAI Orchestra — Turin with Eliahu Inbal, the Oslo Philharmonic with Pinchas Steinberg, I Musici of Montreal with Yuli Turovsky, the Orchestra Giovanile Italiana on tour in South America with Roberto Abbado, the National Polish Radio Symphony Orchestra in Katowice with legendary Stanislav Skrowaczewski, the Prague Chamber Orchestra (on tour in U.S.A. including Avery Fisher Hall, New York), the Orchestra Sinfonica I Pomeriggi Musicali (with Aldo Ceccato), with the Orchestra della Radio della Svizzera Italiana with James Gaffigan, the Santa Cecilia Orchestra of Rome with Vladimir Ashkenazy, the Moscow Philharmonic Orchestra, the Belgium National Orchestra, the Dallas Symphony Orchestra, the Lausanne Chamber Orchestra, the Orquesta de Valencia and the Orquesta Nacional de España — Madrid.
A passionate film music champion in concert hall, in 2015 Mr. Pedroni made his conducting debut with LaVerdi Orchestra and Choir performing John Williams Star Wars, “A Musical Journey,” a project conceived for the performance of all the original arrangements for the Star Wars Saga. The project was specifically devised to attract a multicultural and young audience to the concert hall and introduce them to the live sound and impact of a symphony orchestra. The project resulted in a series of five sold-out concerts in September 2015 and July 2016.
TRACK LISTING
LINCOLN†
1. The People’s House (2:40)
2. The American Process (3:53)
3. Getting Out The Vote (2:38)
4. The Blue And Grey (3:20)
5. The Peace Delegation* (2:17)
6. Elegy (2:24)
7. The Meeting With Grant* (2:46)
8. “With Malice Toward None” (1:47)
SABRINA
9. Theme (3:24)
PRESUMED INNOCENT
10. Remembering Carolyn (4:46)
THE EMPIRE STRIKES BACK
11. The Asteroid Field (4:30)
RETURN OF THE JEDI
12. Luke & Leia (5:23)
THE BOOK THIEF†
13. The Visitor And The Book Thief (3:11)
14. Max And Liesel (1:11) 15. The Snow Fight* (1:53)
16. Learning To Read* (2:44)
17. Max’s Departure (2:20)
18. The Visitor At Himmel Street (2:11)
19. Finale (3:00)
SCHINDLER’S LIST
20. Theme (2:27)
HARRY POTTER
AND THE SORCERER’S STONE
21. Hedwig’s Flight (2:08)
22. Voldemort (2:45)
23. Hogwarts Forever (1:58)
24. Fluffy’s Harp (3:29)
HARRY POTTER AND THE PRISONER OF AZKABAN
25. Buckbeak’s Flight‡ (2:17)
26. A Window To The Past (4:28)
27. Aunt Marge’s Waltz (2:18)
Tracks 5, 7-9, 13-18, 20 Arranged by John Williams
Tracks 1-4, 6, 10 Arranged by John Williams and Expanded by Simone Pedroni
Tracks 11, 12, 19, 21-27 Transcribed by Simone Pedroni
*Contains Previously Unreleased Music • †First Recording This Version • ‡Cristiano Pirola, Percussion
Varèse Sarabande will release the JOHN WILLIAMS: THEMES AND TRANSCRIPTIONS FOR PIANO digitally and on CD on July 7.
# # #
www.varesesarabande.com
For more information contact Beth Krakower, The Krakower Group, 310.294.3600,
Beth@KrakowerGroup.com, or @KrakowerGroup on Twitter
ABOUT VARÈSE SARABANDE RECORDS
Founded in 1978, Varèse Sarabande is the most prolific producer of film music in the world, releasing the highest quality soundtracks from the world’s greatest composers. From current box office hits and top television series to the classics of Hollywood’s Golden Age, Varèse Sarabande’s catalog includes albums from practically every composer in every era, covering all of film history; from Bernard Herrmann, Alex North and Jerry Goldsmith to Alexandre Desplat, Michael Giacchino, and Brian Tyler.
Varèse Sarabande releases deluxe and expanded editions of special soundtracks for the film music aficionado. The Varèse Vintage imprint specializes in releasing new and re-issued albums by classic pop, jazz and country artists. Varèse Sarabande Records is distributed by Universal Music Group.
Follow:  twitter.com/varesesarabande
Watch:  youtube.com/varesesarabande
Listen:  open.spotify.com/user/varesesarabanderecords
Like:  facebook.com/varesesarabanderecords
Buy:  varesesarabande.com
Varèse Sarabande 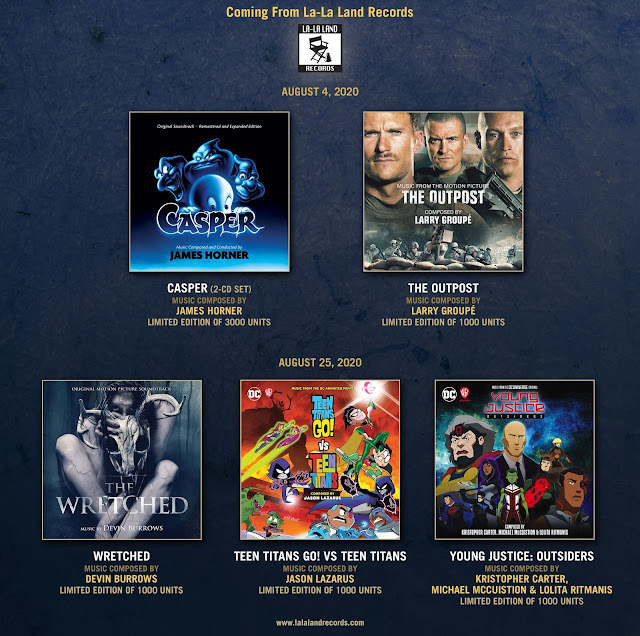 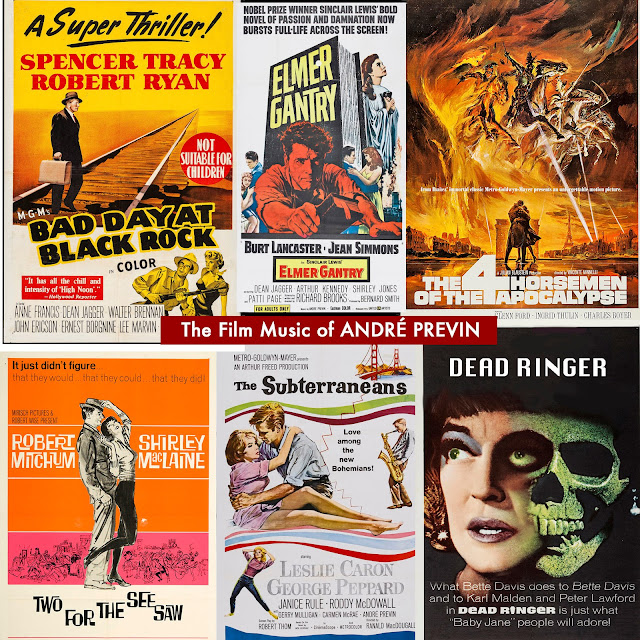 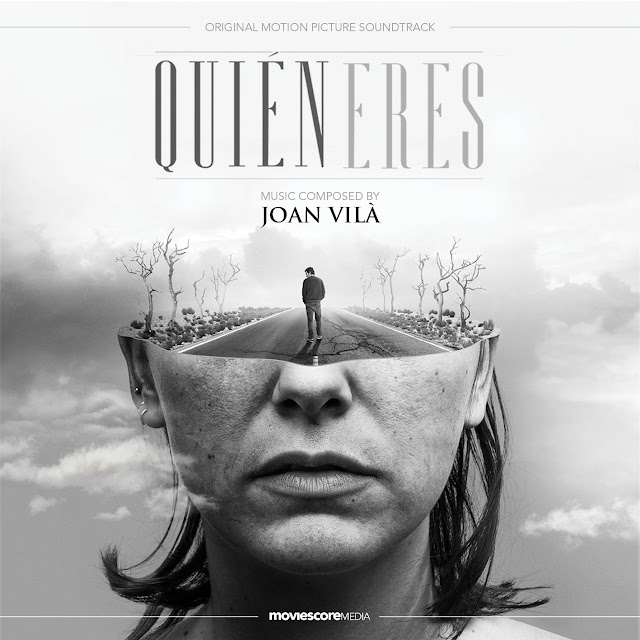